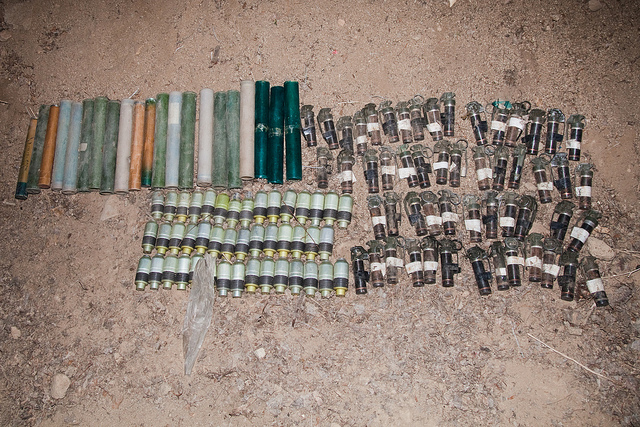 Many Christians find it hard to justify earthly pleasure when so many people around them are going to hell. How can loving people do anything but use all their time and money to save others?

C. S. Lewis partially answers this question in his important essay, “Learning in War-Time.” He says that even soldiers listen to music, play cards, and read books before going into battle. The question isn’t whether you will enjoy earthly amusements, but what kind of amusements you will enjoy.

I give a fuller answer in Becoming Worldly Saints. I say that it matters what kind of war we Christians are fighting. We’re not in a traditional, pitched battle, but a war on terrorism, which has its own set of rules. Here’s my view (p. 179-80):

“Satan was kicked out of heaven when he stood toe-to-toe with God, and ever since he has resorted to terrorist tactics. He embodied trusted creatures, a serpent and Judas, to deceive God’s people and blow up God’s works of creation and redemption. God declared war on Satan’s terrorism, which puts us in an awkward spot. We must live in creation as God originally intended, doing meaningful work, loving our family and friends, and making space to savor the many gifts of his world. But the pleasures of creation must not lull us to sleep. We are at war, and we must never forget our heavenly calling to “Put on the full armor of God, so that you can take your stand against the devil’s schemes. For our struggle is not against flesh and blood, but against the rulers, against the authorities, against the powers of this dark world and against the spiritual forces of evil in the heavenly realms” (Eph. 6:11-12).”

“There is no one-size-fits-all playbook for how to live during a war on terror. Some people are called to lead the charge against terrorism, while others are called to keep the normal flow of life going. If all run to one side or the other, our ship will tip and the terrorists will win. Whatever our calling in the kingdom of God, we all should feel the pinch of promoting the heavenly purpose of redemption while enjoying the earthly pleasures of creation. We must continually assess how we’re doing on both counts. How long has it been since we spoke to someone about Jesus? How long since we prayed for just this opportunity? Do we look for ways to leverage our resources for the kingdom, or do we find excuses to give less? What have we sacrificed for our Lord?”

“But our passion for redemption will distort the gospel if it leads us to neglect creation. So we must also ask whether we’re getting enough sleep and exercise. What do we do for fun? How long since we splurged on the people we love? Are we fully present when we are with them? Do they know we love them as ends, not merely as means to some higher, spiritual goal? What normal, earthly needs are begging for our attention?”

“Be glad for the tension these questions generate. If we ever stop feeling the pull between creation and redemption, that can only mean we’ve fallen off one side or the other.”

Note: Amazon has said for a week that Becoming Worldly Saints is “temporarily out of stock.” We contacted them yesterday, and they said all that means is that they have more orders than books in stock, but they will still send you a book in short order. If you happen to get one and like what you read, consider leaving a review to encourage others to read it too. If possible, shop your local bookstore or Westminster Books or CBD, and then leave a review at amazon. Thanks!

Image by Jieddo. Used by permission. Sourced via Flickr.