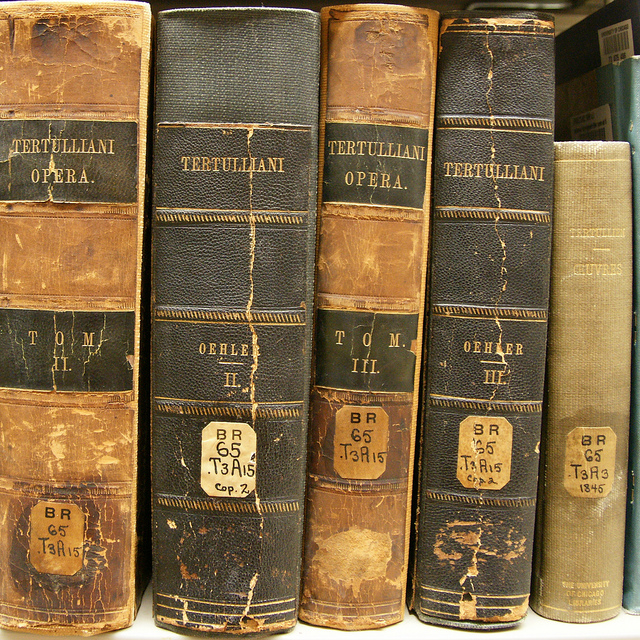 This is the third post in a five part series.

The second lesson to learn from Tertullian’s Apology is that character counts. A recurring theme in the Apology is that Rome was hurting itself by hurting the Christians, who were its best and most loyal citizens.

Tertullian said the Christians contribute to the empire by their prayers. He wrote: “Without ceasing, for all our emperors we offer prayer.  We pray for life prolonged; for security to the empire; for protection to the imperial house; for brave armies, a faithful senate, a virtuous people, the world at rest, whatever, as man or Cæsar, an emperor would wish. These things I cannot ask from any but the God from whom I know I shall obtain them, both because He alone bestows them and because I have claims upon Him for their gift, as being a servant of His, rendering homage to Him alone, persecuted for His doctrine, offering to Him, at His own requirement, that costly and noble sacrifice of prayer….” (chap. 30).

Tertullian ended the chapter by shaming the Romans: “With our hands thus stretched out and up to God, rend us with your iron claws, hang us up on crosses, wrap us in flames, take our heads from us with the sword, let loose the wild beasts on us—the very attitude of a Christian praying is one of preparation for all punishment. Let this, good rulers, be your work: wring from us the soul, beseeching God on the emperor’s behalf. Upon the truth of God, and devotion to His name, put the brand of crime” (chap. 30).

Tertullian said the Christians pray for the empire because God commands it (chap. 31) and because they know the Romans are God’s means to keep the world from falling apart. “We have no desire, then, to be overtaken by these dire events; and in praying that their coming may be delayed, we are lending our aid to Rome’s duration” (chap. 32).

Tertullian said the Christians also contribute to the empire by serving the poor.

He describes an early church offering: “On the monthly day, if he likes, each puts in a small donation; but only if it be his pleasure, and only if he be able: for there is no compulsion; all is voluntary. These gifts are, as it were, piety’s deposit fund.  For they are not taken thence and spent on feasts, and drinking-bouts, and eating-houses, but to support and bury poor people, to supply the wants of boys and girls destitute of means and parents, and of old persons confined now to the house; such, too, as have suffered shipwreck; and if there happen to be any in the mines, or banished to the islands, or shut up in the prisons, for nothing but their fidelity to the cause of God’s Church, they become the nurslings of their confession” (chap. 39).

He added that the church is a fraternity. “One in mind and soul, we do not hesitate to share our earthly goods with one another. All things are common among us but our wives” (chap. 39).

Tertullian closed by saying that even if the Christian faith is false, it still does a lot of good. Why would Rome treat its most helpful citizens like criminals? Even if Christian doctrines “are false and foolish, they hurt nobody. For they are just (in that case) like many other things on which you inflict no penalties—foolish and fabulous things, I mean, which, as quite innocuous, are never charged as crimes or punished. But in a thing of the kind, if this be so indeed, we should be adjudged to ridicule, not to swords, and flames, and crosses, and wild beasts….” (chap. 49).

My takeaway: The social contributions of the church are still important today. We must always strive to improve, but evangelical leadership in adoption, medical missions, and social justice is making it more difficult for others to brand us as hateful bigots. Nicholas Kristof made this point in a recent column in The New York Times. He lamented evangelical Christians’ views on marriage, but said these foolish people regularly risk their lives to serve the world’s poor. Tertullian would be proud.

Our good works may not stop what’s coming, so it’s encouraging to know we win either way. Tertullian ended by saying Christians would prefer to be left alone, but if not, “the blood of the martyrs is the seed of the church” (chap. 50).