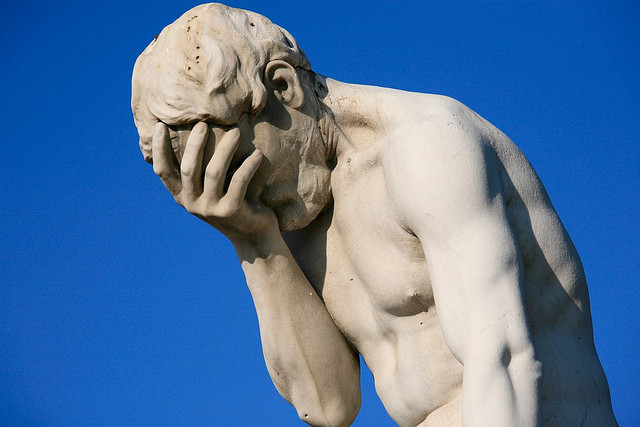 In the spirit of fun and with an awareness of how easy it is to become a heretic when you’re in a hurry, here is this semester’s funniest student bloopers (with my parenthetical comments). I have italicized the funny parts.

“Article 8 names the persons of the Trinity separately and notes that one of the tree persons, the Father, can be credited with being the origin of all invisible things.”

(Consider this before you laugh. If the Son is not a tree person, then why did he say he must leave?)

“God places the sin of believers upon Jesus Christ, and the righteousness of Chris is credited to them.”

(I hope Chris was better than average, because I’m going to need a lot of his righteousness)

“God is sovereign over evil but is not the chief of corruption.”

(Good to know, but he might be a lieutenant?)

“God is able to engage in passions and emotions that lead to sin.”

(Let’s hope he stops before he goes too far!)

“None of the three divine persons were not created, but always have existed.”

(I don’t think this is possible)

“Our transformation into the image of Christ happens at the second return of Christ.”

(If you miss his first return, you’ll want to stay alert for the second)

“The sinner repents from his sin and his faith in Christ, committing himself to walk in obedience to him.”

(We follow Jesus by refusing to believe in him?)

“The visible church is composed of people who, only by the grace of God, are wholly sinners and saints.”

(Here’s proof that you shouldn’t praise God for everything)

“God’s existence is independent from himself.”

(Which would make him dependent. Some praise comes on so strong it’s actually weak)

“The standard view would be as far from my own view as you could get. I do not find anything wrong with this view.”

(So you’re saying you are probably wrong?)

“There is an iconic scene in the movie Hitch.”

“Christ became head of the church after his resurrection on the day of Pentecost.”

(That was one busy day)

Picture by Alex Proimos. Used by permission. Sourced via Flickr.