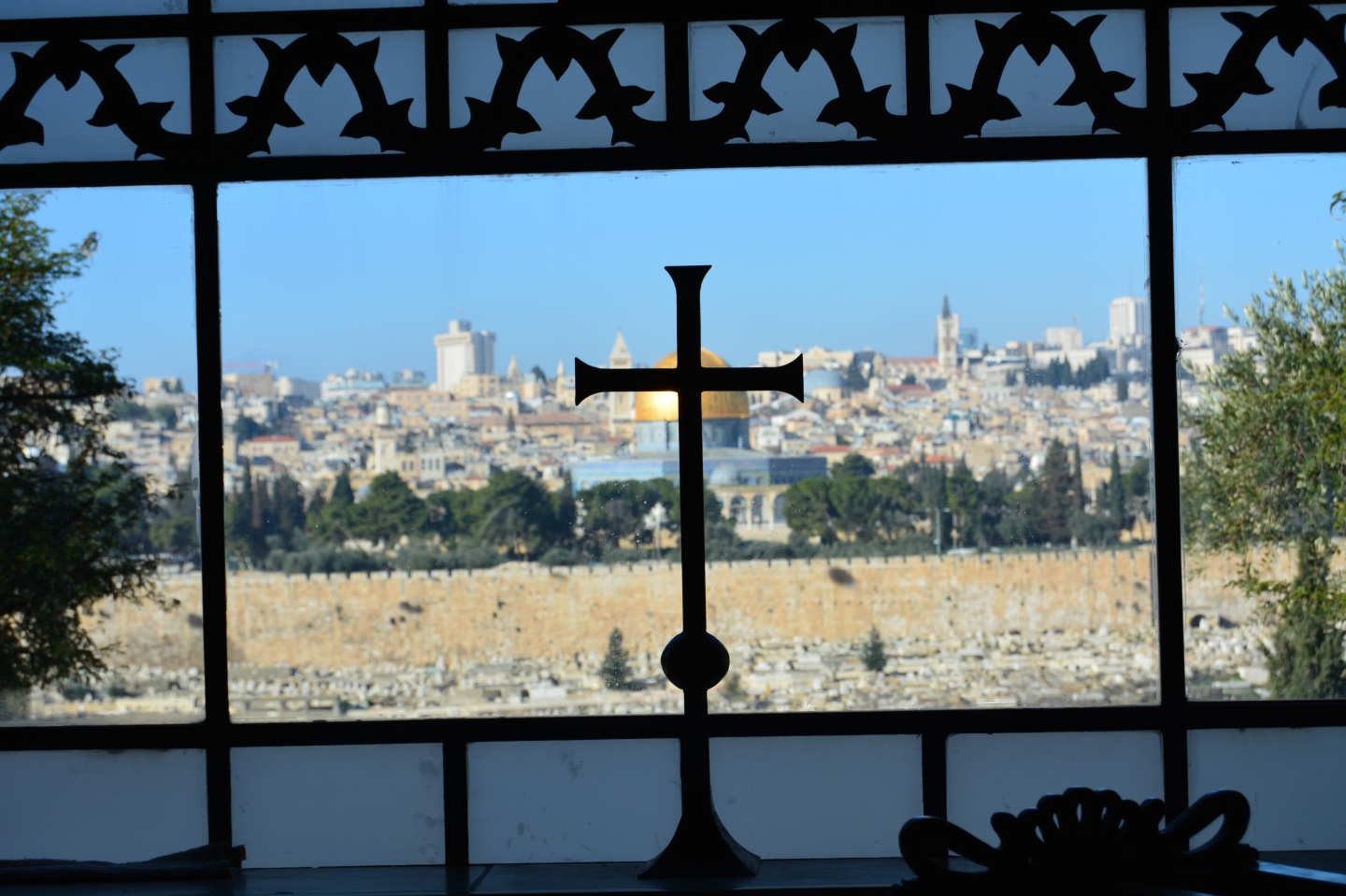 Church on Mount of Olives--nice overlay

Last year ended with a flurry of essays and blog posts that chided Wheaton College for questioning whether Christians and Muslims pray to the same God. This is an intriguing question that forces us to reflect on our theory of language, general revelation, and natural theology. Both Muslims and Christians say God is one, but are they talking about the same one?

I agree with Karl Barth, who in the Church Dogmatics II/1, p. 448-49 (emphasis mine) said Islam produces a “pagan conception of the oneness of God….it proclaims the unique as God instead of God as the One who is unique. Monotheism, the religious glorification of the number ‘one,’ the absolutizing of the idea of uniqueness, can be impressive and convincing as knowledge of God only so long as we fail to note the many sided dialectic in which we are thereby inevitably entangled and in which Islam is incurably entangled. For the cosmic forces in whose objectivity it is believed that the unique has been found are varied.”

“It is only by an act of violence that one of them can be given pre-eminence over the others, so that today it is nature and tomorrow spirit, or today fate and tomorrow reason, or today desire and tomorrow duty, which is regarded as the unique thing which constitutes the common denominator of everything else and therefore the theoretical and practical principle for the knowledge and direction of human life. The one objective reality of today is quickly enough limited and replaced by another which makes the same claim to divinity. For all his heavenly divinity each Zeus must constantly be very anxious in face of the existence and arrival of very powerful rivals. And even when the conflict in Olympus is settled, will the God who is claimed to be unique and recognized as such be able to master the human ‘individual,’ Prometheus? Who is first and foremost and really the one who is unique—Allah or his prophet, Allah or his devotees? Monotheism is all very well so long as this conflict does not break out.”

“But it will inevitably break out again and again. A Hegel will always give rise to a Feuerbach and a Feuerbach to a Max Stirner. The individual will continually and inevitably resist every universal, however unique, with the claim that he is something even more unique…. It is, therefore, unthinking to set Islam and Christianity side by side, as if in monotheism at least they have something in common. In reality, nothing separates them so radically as the different ways in which they appear to say the same thing—that there is only one God.”

Evangelical Christians believe the one true God only accepts worship through his Son, Jesus Christ (John 14:6). So even if we were to grant that Islam is worshiping the true God (and I don’t), we would have to say their worship is similar to the Israelites and their golden calf. If you had asked the Israelites about the deity behind the golden calf, many if not all would have pointed to the top of Mount Sinai. The calf represented the one true God who was shaking the mountain, and so Aaron planned to use it to worship the LORD (Exodus 32:5). God was not impressed that Israel got his number right, or even that they could point to where he was. He told the Levites to run through the camp and slay all those who were worshiping the idol (Exodus 32:27-28).

Whether Christians and Muslims pray to the same God is a complex, academic question. We’re going to talk about it in Apologetics class next week. But let’s not become distracted from the much more important question: whose worship does God accept? If you love Jesus, you already know the answer.