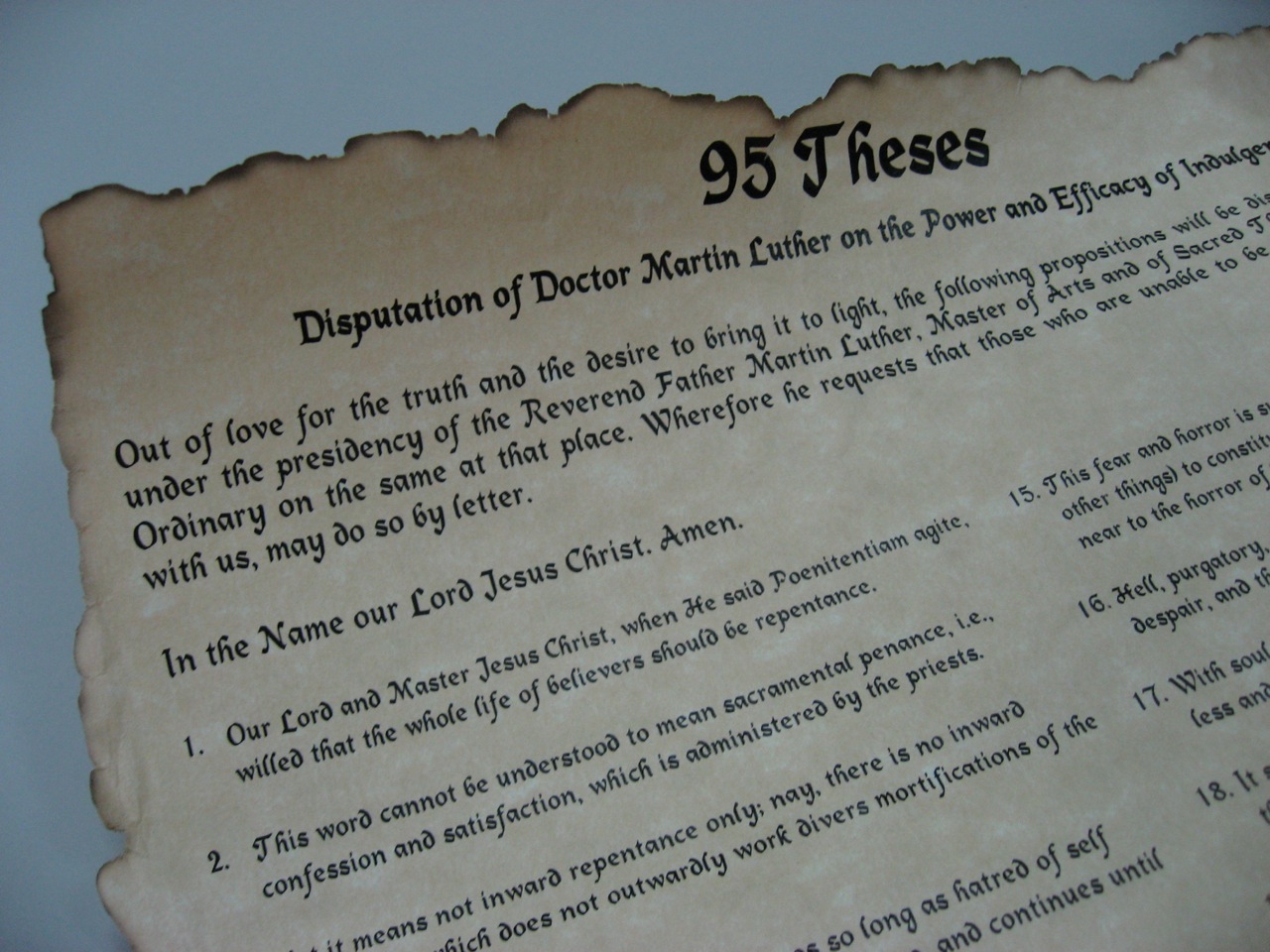 Here is part two of ten things to look for in your church’s confession. If you want an example that illustrates most of what I’m talking about, check out the confession of Cornerstone University or Calvary Church.

6. Does it set appropriate boundaries?

One of the benefits of revising your church confession is that it forces you to discuss how doctrinally inclusive you think your church should be. Some churches are intentionally broad. They subscribe to the Apostles Creed, Nicene Creed, and that’s pretty much it. This minimalist approach offers a big tent, though it provides little direction for contemporary issues not covered in these ancient creeds. How will your church navigate differing views on women in ministry, open theism, hell, sign gifts, and so forth?

Other churches have narrow boundaries that give clarity but little room to breathe. They are confident about their views on baptism, church organization, and eschatology, and they don’t allow for much dissent. These restrictions may seem stifling to some, while others will feel empowered by their clear and dependable lines.

There isn’t a one-size-fits-all answer to this question of boundaries. What is best for your church may depend on its members, history, and the culture you are trying to reach. An international church in Beijing should have a broader boundary than a Baptist church in Grand Rapids. If you are the only game in town, Christian love requires you to make room for people with different views on the sign gifts. If you live in a city with both Pentecostal and non-Pentecostal churches, you are not necessarily hurting others if you take one side or the other.

Some differences are generational. Older people in dispensational or Bible churches think their church must remain premillennial. This is what Revelation 20 teaches, and they don’t want to be a liberal who denies the Bible. Younger Christians attend The Gospel Coalition where they meet Reformed pastors who believe in both amillennialism and the inerrancy of Scripture. These younger evangelicals aren’t necessarily opposed to the millennium, but they’re embarrassed that their church would make it a test of fellowship. More than one church and denomination has made a provisional compromise. Their confessions still include belief in premillennialism, but this will change in about ten-twenty years, when the senior saints have passed into glory.

If doctrinal confessions describe God, and if God is beautiful, then it’s probably a sin for a confession to be boring.

Consider this slapdash conglomeration on eschatology. At least I think it’s on eschatology. It might also be on Jesus. I’m not sure. This paragraph showed up more than once in the churches of my Baptist students, so it must have been written some time ago by a Baptist who was in a hurry.

“We believe in the (a) Bodily Resurrection (b) The Ascension (c) The High Priesthood (d) The Second Coming (e) The Resurrection of the Righteous Dead (f) The Change of the living in Christ (g) The Throne of David (h) His Reign on Earth.”

I’m not sure what all this means, but I am sure no one will ever read it. Let’s write descriptions of God, Jesus, and his plan for the world that is clear, interesting, and even inspiring. If what we’re writing is the truth, it shouldn’t be that hard. At the very least we can write in complete sentences.

We cannot write a confession that says all we need to say forever. We must continually revise our confessions to address new questions from our changing culture.

Lutheran, Dutch Reformed, and Presbyterian churches owe allegiance to confessions written in the sixteenth and seventeenth centuries. I am not recommending they change these veritable statements, but they do need additional statements that address issues not around then, such as biblical inerrancy, open theism, and marriage.

Confessions did not need a statement on marriage until recently, because most everyone agreed on what it was. Now that marriage is controversial, churches must declare their position, both to teach their people and to protect themselves in future lawsuits. I recommend something like what we wrote in the Cornerstone Confession: Regarding Adam and Eve “Their union as man and woman models God’s design for marriage and perpetually stands as God’s loving and righteous will for all sexual intimacy.”

Consider this sentence from a pretribulational, premillennial confession: “We do not believe the world will be converted to Christ during this present age, but rather is hastening toward judgment.” Do we really want to enshrine pessimism in our confessions? Do we really want to make negativity a test of fellowship?

This is particularly important when it comes to gender, sex, and marriage. Don’t list all of the sexual sins your church opposes. Remember, we want people with same sex attraction to come to our church. We don’t want them to feel singled out. Keep your statement on marriage positive, as in the Cornerstone example above, and the point will be made without needlessly offending anyone.

Also take a look at the last line of your confession. A surprising number of church confessions end with the damned being sent to hell. Can’t we end on a positive note? Why not wrap things up by describing what happens to Christians? Many confessions omit this entirely, or leave us in the millennium. But this only lasts 1,000 years. Then what? If your confession doesn’t end with readers being glad they are Christians and longing for the return of Christ, you’re doing it wrong.

Read other confessions from a broad range of churches and denominations to get a sense of what should be included and what shouldn’t be. Avoid idiosyncratic quirks, such as writing a detailed chronology of future events while saying little to nothing about the church (a common mistake in evangelical confessions).

Avoid hobby horses. Don’t impose your convictions upon the conscience of others. For example, I believe strongly that our final destination is the new earth, but in order not to exclude Platonic Christians from serving at Cornerstone, I agreed to a more generic “everlasting fellowship” description of the end. You’re welcome (and still wrong!).

Besides content, make sure your entire confession is well written. Ask an English teacher or writer to proof read the confession for grammar, spelling, and a pleasing style. Even one error in English will signal to your members that you do not take your confession seriously. So neither will they.

Here’s a good test for the condition of your church’s confession. Would you be confident if a seminary professor read it? If your student is in my class, that has already happened. You know who you are, and so do I. Let me know if we can help.

Photo by Keren Tan. Via Flickr. Used by permission.