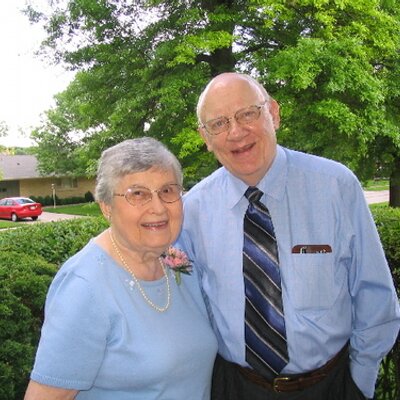 Warren Wiersbe died last week. He spoke at my college’s missionary conference during my senior year, and I was privileged to pick him and his wife up from the airport. It was surreal hearing his voice from the backseat. I usually heard his voice from the radio, and now it was in my car with the radio off. I tried to stay calm and ask important questions, which he patiently answered.

That’s good, because he had offended me at the baggage carousel. As we waited for their bags to arrive, Warren made a few dry remarks about the level of service. My pious, pre-seminary Bible heart was surprised. Did godly leaders do sarcasm? I wasn’t sure.

Warren’s sermons that week were stellar, but we students were most taken with another speaker who thrilled us with stories of leading just about every other person he’d ever met in saying the Sinner’s Prayer. How could we be more like him?

The question came up at dinner one night, and Warren humbly said that we needn’t compare ourselves to that guy. He said that even he didn’t have the personality to pull it off. He said if he tried to witness to the lady selling shoes, she’d probably slap him. I was relieved.

I appreciated his realism even more when I drove the other speaker to the airport. I was excited to have an hour with him in the car, to pick his brain and learn how he did it. I never got the chance. From the moment he settled into the passenger seat, he began telling stories—some of the same ones he shared in his sermons—about all the people he had led to Christ. His mouth was on autopilot. I could barely get a word in. And when I did, wouldn’t you know, it triggered another story. I couldn’t wait to get him out of my car.

I’m telling you this because I think Jesus needs less empty suits and more Wiersbes. Warren wasn’t flashy, and he wasn’t about himself. He was real—what the kids call “authentic”—and he was funny. He knew who he was, and he loved Jesus in his normal, ordinary way. Warren was a very human saint, which is the best kind of saint. I didn’t appreciate that enough when I first met him, but I do now.

I want to be more like Wiersbe, who is now even more like Christ, who, if your pious heart can take it, also seems to have a sarcastic streak. The new earth will be glorious. It will also be fun!